It was not because the Kelabits as the host community were unfriendly or did not treat him well. It had just dawned on Angah, 53, an orang asli of Temiar origin that although they live in a remote area like his Pos Gop village in Ulu Kelantan, the Kelabits as a community, are more successful and free to decide on their own lives.
While Pos Gop is about 95km from the nearest town of Gua Musang in Kelantan and accessible only by timber road, one needs to drive 15 hours on a logging road to reach Bario from Miri, or take a one hour twin otter flight.
“We are not different but the Kelabits are certainly much better off. They are well educated and have better sources of income. I personally like this eBario project but I am not sure whether the Temiars are ready. We are so used to having others decide for us,” lamented Angah, who was among 100 participants from Borneo and the Asia Pacific countries who attended the recent eBario Knowledge Fair 3 held at Bario, the northern-most highlands in Sarawak.
Another participant, Tok Batin Kamal Bah Lepin, a Semai from Pos Lenjang in Kuala Lipis, Pahang, described stepping foot on Bario soil as a “dream”.
Although Kamal was unable to really grasp what a Telecentre is about and the technology jargon used, he was certainly inspired by the workshop conducted by Dr Poline Bala who heads the anthropology and sociology department of Universiti Malaysia Sarawak (Unimas).
Kamal and Angah are among 25 orang asli of the Temiar group from Pos Balar and Pos Gob in Kelantan and the Semai group from Pos Lenjang and Pos Sendirut in Pahang participating in Unimas' project on the “Needs Analysis in Developing Telecentre Programme”. The project, funded by the Economic Planning Unit (EPU), is built on lessons learnt from the eBario project.
The two men were chosen as “spark plugs” or champions who could influence their own community to accept the initiated project.
“The Kelabit people are isolated but not backward or uneducated. The orang asli, meanwhile, are not isolated but marginalised. The latter are exposed to lots of things but to draw their participation so that they can benefit as a community, a correct approach must be used,” said Unimas' vice-chancellor Prof Datuk Dr Khairuddin Ab Hamid who developed the eBario project.
“We believe the people's perception and attitude towards technology are strongly influenced by their social and cultural context. In fact, some of their needs are much more specific to the geographic area and socio-cultural context.”
He saw a greater challenge introducing innovation technology to the orang asli compared to the natives of Sabah and Sarawak, saying their physical and emotional experiences are poles apart.
The eBario project, which has won national and international awards, has also been adapted at four other locations in Sabah and Sarawak namely, eBakelalan among the Lun Bawang people in Bakelalan, Lawas, e-Buayan among the Dusun in Kampung Buayan in Penampang, eLamai among the Penans in Long Lamai Ulu Baram and eLarapan among the Bajau in Pualau Larapan off Semporna in Sabah.
“The right strategy is important. You cannot push the project down their throats,” he said, adding that the “top-down” method has failed in Long Bedian, the second place chosen to adapt the eBario concept in Sarawak in 2003.
At Long Bedian, the project was initiated by a local political leader and the community were not properly engaged.
“All decision making had to go through one political leader and the community were dependent on government handouts. They also did not have their mind, heart and spirit in the project,'' Dr Khairuddin noted.
“The secret of eBario's success is the Kelabit people themselves they are totally engaged in the project. Our role is just to assist and monitor.”
For the orang asli, Unimas is adopting a two-prong strategy, engaging them at both community and government levels. On whether the Government should revise the Orang Asli Act 1974, Dr Khairuddin hoped their findings could influence the Government to do so. He felt the Act marginalised and turned the orang asli into a community who have become dependent on government handouts.
“We have to look at their emotional intelligence and psychological make-up. They have many past scars when dealing with outside communities and it will take time for them to trust us,''
After attending the fair, Pariman Yok Alang, 48, a Semai participant from Kampung Tual Pos Sinderut in Pahang has this to say.
“We do not need to be watched over all the time. Let us have the freedom to think.” 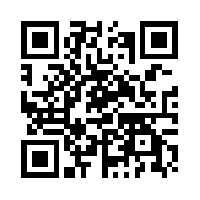